Despite the Global Pandemic and all the restrictions that come with it, the business of running the club still has to go on.

Bath LC held a virtual AGM and awards ceremony with the intention of giving the physical awards to the winners at a later date when the restrictions are lifted.

The new committee voted in:

Congratulations to those elected and many thanks from the club to the volunteers standing down.

The meeting also dealt with the awards for club members for the season, opting to treat the early finish to the leagues as the de-facto end of season.

Congratulations to all those deserving members. 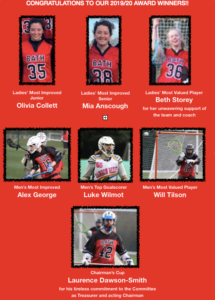