Bath travelled to East Grinstead for their opening SEMLA Division 2 of the season after a close defeat to Cheltenham the week before. Having not played EG since losing to them in a Premiership playoff two years ago, this would be a good test for Bath outside of the South West teams.

Despite great turnout at training in recent weeks, COVID guidelines meant that Bath were restricted to a squad of just 12 and had to start the game with just 11 due to a punctured tyre.

Bath started strongly after starting with possession in lieu of a face-off. They kept East Grinstead pinned in their own half for a long period before Henry Phillips scored to convert Bath’s good play onto the scoresheet. After this, possession was more evenly shared, though East Grinstead were limited to few good chances by an organised defence. Bath finished the quarter strongly, and after some patient build-up, Gareth Davies found room on crease to wriggle out of challenges and slot home. A 2-0 first quarter lead the least that Bath deserved.

It was more of the same in the second half, with both defences keeping tight and patience being the key in this game. East Grinstead were perhaps guilty of taking the wrong option on occasion and giving Mark Lane in the Bath goal plenty of comfortable, yet necessary, saves. These also gave Mark the opportunity to venture out of goal on occasions in this quarter, causing havoc, confusion and frustration to the EG players. Bath added two goals in this quarter through, firstly through Luke Wilmot and then with Si Griffiths finishing of a good Bath counter-attack. 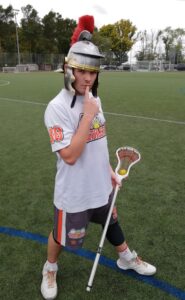 After half-time, Bath again started the quarter strongly in possession. Josh Yeoman, alternating between a D-pole and short stick on the day, whipped around from X to score with a crease dive goal. Luke Wilmot added his second, coming from up top to shoot from the keeper’s left. Particularly pleasing in this goal was the off-the-ball movement in the form of picks and cuts from the attack. East Grinstead were never completely out of the game and did continue to have spells in attack of their own. They got on the scoresheet thanks to a fast break that led to Ramzi Nasr, in sprinting back to his own goal, to unavoidably deflect a wayward shot into the net via his shin. It was a rare blemish in the half as Bath added one before the end. Henry Phillips caught East Grinstead napping with a strong run from the halfway line despite Bath being a man down at the time.

Both teams lost a bit of structure to their play in the final quarter, with some poor and at times comical play from both sides. EG’s number 13 added his second goal of the day but EG found their better players marked out of the game by Bath’s strong D-unit. Luke Wilmot added another two goals after settled Bath play to bring his tally to four for the day and ensure that Bath won every quarter of the game.

Ramzi Nasr (for own goal) 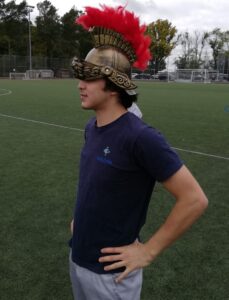