Tough game against a great Cheltenham team. We knew this would be a tough game with only 1 sub, a few new joiners on the team and Beth moving to the other side of the pitch to go in goal, but our spirits were high and ready to play! 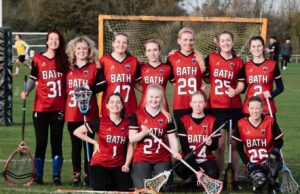 The first quarter saw a difficult start to the game, with Cheltenham dominant on draw and racking in the goals on a very inexperienced goalie. However, after a great time out call by Anna Hains, we were able to move an attacking player into defence and slow down the goals from a strong attacking Cheltenham. 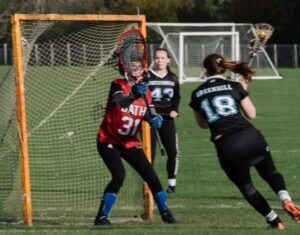 The next two quarters saw a much stronger defensive play from Bath, with great performances from Ashley Romain and Abi Chell. However Cheltenham were still stronger on the attack and saw the goals adding up.

By the 4th quarter, Bath’s energies were still high and ready for a goal. Defensively they were able to hold back Cheltenham and after two strong draws, Bath were able to capitalise with not only one, but TWO goals in quick succession from Anna Hains! 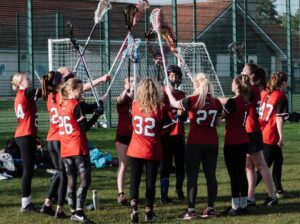 Man of the Match went to Beth for stepping up in goal and not letting ALL the balls in.