Bath Women finish tournament season with a flourish and close the season in 5th place overall. 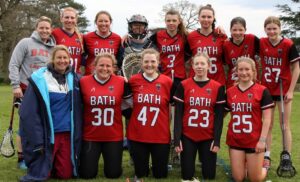 The West of England Women’s premier competition is a series of tournaments at the central venue of Westonbirt School.

The teams play a round robin on the day and the placing generate points which go to the league placings at the end of the season. For teams on the fringes of the region, travelling regularly can be an issue, this allows for meaningful, competitive lacrosse. There is an oportunity to play in the Invitational Cup, which gives home and away fixtures for the clubs where distance is less of a problem.

Not surprisingly, Bath’s team can vary from tournament to tournament (same for all the clubs), but a solid core of players are at every one, which is a good indication if the growth of the women’s section in the club.

For the final tournament of the season, Bath looked strong outfield, but were struggling to find a keeper, due to regular Katie Little being injured. Step forward Tiggy Mallinson, braving the pipes for the sake of the team, and didn’t she do well. 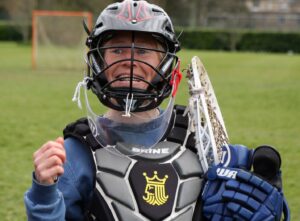 Bath opened the tournament against Bristol Bombers 2’s, a strong team, boasting several players in the fringes of the first team squad. The game was tight, with both teams enjoying plenty of possession, however Bath were the more clinical in front of goal, converting the lions share of their chances, whilst in defence stifling the strong Bristol offence, good teamwork and hard work gave Bath a comfortable 6:3 win at the whistle. 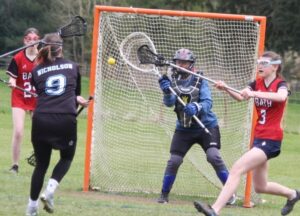 Bath’s second game against Southampton was a dominant display, exploiting space in the Southampton defence regularly, in transition Bath looked powerful, great clearing runs up the field and telling passes to the attack. The score line of 16:0 reflects the dominance in this game, Tiggy in goal only had to make a couple of saves such was the protection at the back, and under pressure cleared well to the outfield players. 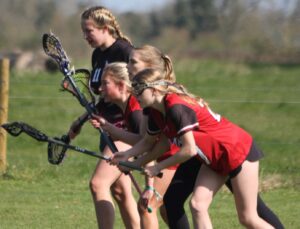 Game three was a tense affair, Cirencester are a strong outfit and had been the stronger side in past tournaments, Bath however were in the mood to compete in every department, moving the ball well and creating solid opportunities. The two teams were even at half time and the advantage seemed to swing from Bath to Cirencester and back again. But with under two minutes on the clock, Bath managed to creep two goals ahead, this welcome cushion was protected with some amazing possession play by the Bath offence, choosing to run the clock down rather than go for goal, frustrating Cirencester who were left chasing ghosts till the end of the game, protecting the 9:7 winning position.

This tactic had not been without consequences, Bath lost two influential players to injury by the end of this game, Emily Spivey in attack and Jen Jeffcoat Marsh in defence. 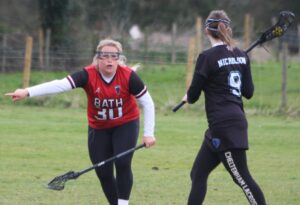 The loss of two players meant the final game against second in the league Cheltenham was going to be a mountain to climb, particularly at the end of a hard lacrosse day. Despite working hard against Cheltenham, Bath just didn’t have the legs to keep the intensity required to compete, Cheltenham were able to exploit tired legs and eased to a comfortable 9:2 win.

Overall this is probably the best performance by a Bath side to date, competing in all departments, great team cohesiveness and some good quality play. 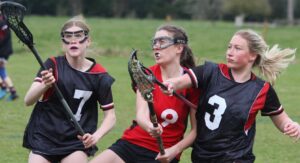