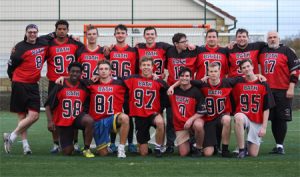 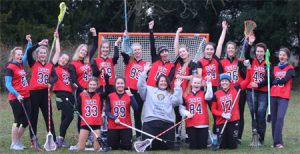 We are the oldest current club team in the West of England, and welcome anybody who wants to try the great sport of Lacrosse. From beginners to experts, boys, Girls, Men and Women we welcome you all, just fill in the contact form and we’ll get back to you.

Since 2016 BLC is playing its home games at Odd Down Playing fields, Chelwood Drive, Off Bloomfield Road, Bath, BA2 2 PR.

Founded in 1983 the club used council pitches at Odd Down until moving to the centre of town in 1985. The club played all it’s home games on the Recreation ground until season 2016/17 when it returned to the newly refurbished Odd Down Playing fields

One of the highlights on the Lacrosse calendar is the Bath Eights, started in 1986 to promote the club, it is now one of the biggest tournaments in Europe, traditionally held on the first Saturday in September it boasts a capacity entry of 33 Men’s teams each year, bringing over 400 lacrosse players and numerous supporters to the City. In 2017  The tournament expanded to include the Bath Women’s Eights, adding another exciting dimension to what is already one of the premier tournaments in Europe.