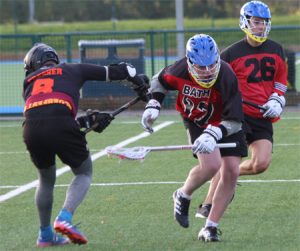 Injuries and “commitments” persist with Bath, only 22 players available for the whole club with two fixtures to cope with.

Bath travelled to Southampton with 11 players, 7 of which are still very new to the game, but you can’t put a price on keenness, and game time is vital if the seconds are going to be competitive.

To cap the lack of numbers, there were no defenders available, so short sticks all round. 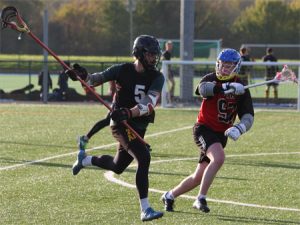 Southampton, to be fair, are in a similar position to Bath 2’s, lots of green players, however, they have a spine of good Lacrosse players through the team, and that proved the big difference between the sides.

Compared with the first outing at Cheltenham, the new players looked far more comfortable and competitive, particularly at Face off.

The start of the game did not go well for the visitors, the team looked like rabbits in headlights as Southampton’s more experienced players exploited their advantage. But as the game wore on Bath started to get competitive. Some tactical changes, moving Tom Jacques into a defensive position for example helped stabilise the team, and with that confidence began to grow. 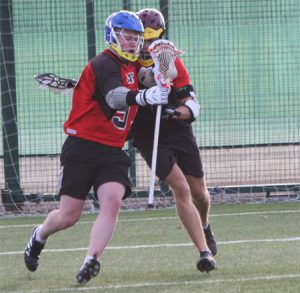 Although Southampton scored a lot in the first 10 minutes, going out to an early 5 goal lead; the Bath team could have just collapsed, instead they dug deep and didn’t give up, the first second team goal of the season by Nik Roberts off a Kaylan Slade  feed in the second quarter helped steady the team further, and from then on Southampton had to work a lot harder for their goals. And when Bath had possession in attack, the goal threat from Mark Lovett was a worry for the home side. 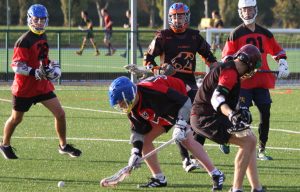 All in all, a good performance from a depleted team, add a few “wise” heads particularly at long pole, and the outcome in the future will be a lot different.