The Jon Harrop Cup is the annual match between Bath and Bath University. It was dedicated in 2014  by the founder of the club Penny Harrop in memory of her husband Jon, who, as well as being a founder member, gave so much time and energy to the Club and the game of lacrosse generally. 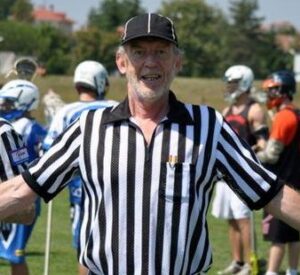 Since 2014 the university have won the trophy 4 times to the clubs 2, dominating in recent years with comfortable victories. 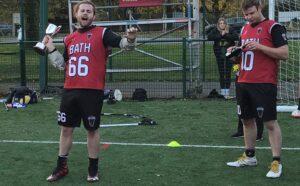 This year’s Jon Harrop Cup was delayed due to the global pandemic, which also meant both teams were affected, particularly the University who were missing some members of their first team. 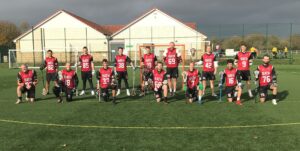 Looking fresh in the brand-new kit, Bath started the game in possession, Captain Luke Wilmot opened the scoring, assisted by James Runge after patient Bath build-up. Minutes later Simon Griffiths picked out an open Gareth Davies on the crease from behind goal to double Bath’s lead. 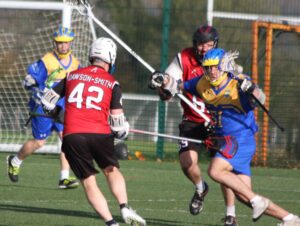 Though a comfortable advantage, it was not all Bath, as the University players showed their impressive athleticism with several darts into Bath’s crease area requiring saves from Mark Lane to keep the Red advantage. The quarter finished with a strong driving run by Alex George to assist Davies, doubling tally for Baths third. 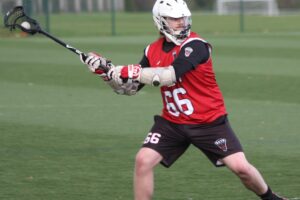 Bath began the second quarter where they’d finished the first, moving the ball well and creating scoring opportunities. Josh Yeoman added to the fourth with an attempted pass to crease that evaded defenders and attackers alike to drift into the net. Griffiths scored a trademark goal running from X before Yeoman turned creator for Wilmot to add his second and Bath’s sixth goal without reply. 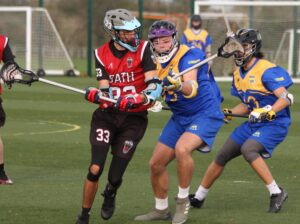 The University finished the second quarter strongly though. Bath were aware of the attacking threat posed by the raw speed of Ollie Viant (normally playing for the City side) and had cautiously marked him out of the game until that point. But two quick goals from Viant brought the University back into the game creating some momentum for the students who measurably upped the pace of the game. Bath weathered the storm and nearly added to their total with a goal by Lane, always a danger when out of his goal,  despite getting the ball into the back of the University’s net,  it was ruled out due to an unnamed Bath defender wandering a foot offside over the half way line. This incident earned Laurence Dawson-Smith the DotD award. 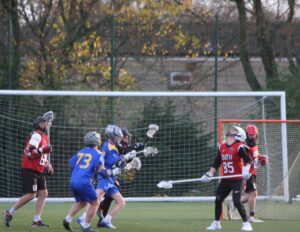 Bath started the second half confidently, Runge found Wilmot to complete his hat-trick, but the University fought back adding two goals, one of which from another regular City player Ben Lawson. Yeoman then completed a hat-trick of his own with two goals to finish out the quarter. One diving onto crease, the other running straight at the University defence working an angle for the shot. 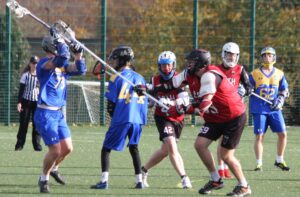 The final quarter became a very stretched and open game as both teams started to tire on the large Odd Down pitch. Griffiths added two goals at the start of the quarter. Although as like last week, there was a hint of own goal about one of them. Yeoman and Wilmot both added fourth goals on transition plays. 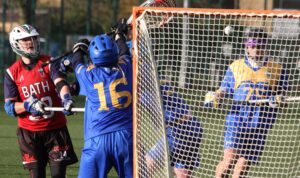 The Bath defence were tiring as well and conceded twice in relatively short succession. The University then had to cope with three simultaneous penalties, testing their organisational skills with a three-man zone defence. The students nearly held out; Sam Kettle hit the post but Davies scored from the very next play. 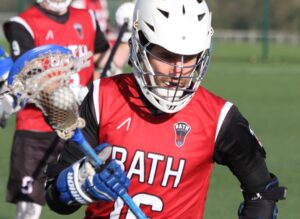 There was just enough time left in the game, for keeper Lane to finally get the goal he had been denied earlier on. With just five seconds left on the clock from a University offside, he picked up the ball from the halfway line, ran and hurled the ball at the University goal, the bounce fooling the keeper to slip into the net. 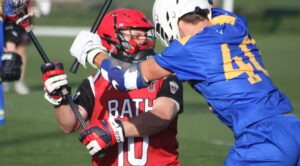 It was a strong win for Bath who reclaimed the Jon Harrop Cup after a couple of years in the hands of the students. Defender Brian Ivory was named MVP by his teammates, in part for his (mostly legal) marking of Viant out of the game. George and Lane were also praised for their efforts. In truth though it was an all-round team performance with eight different players credited with a goal or an assist. 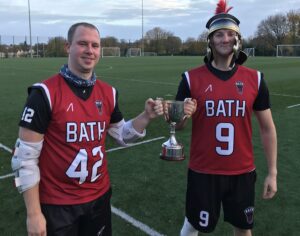